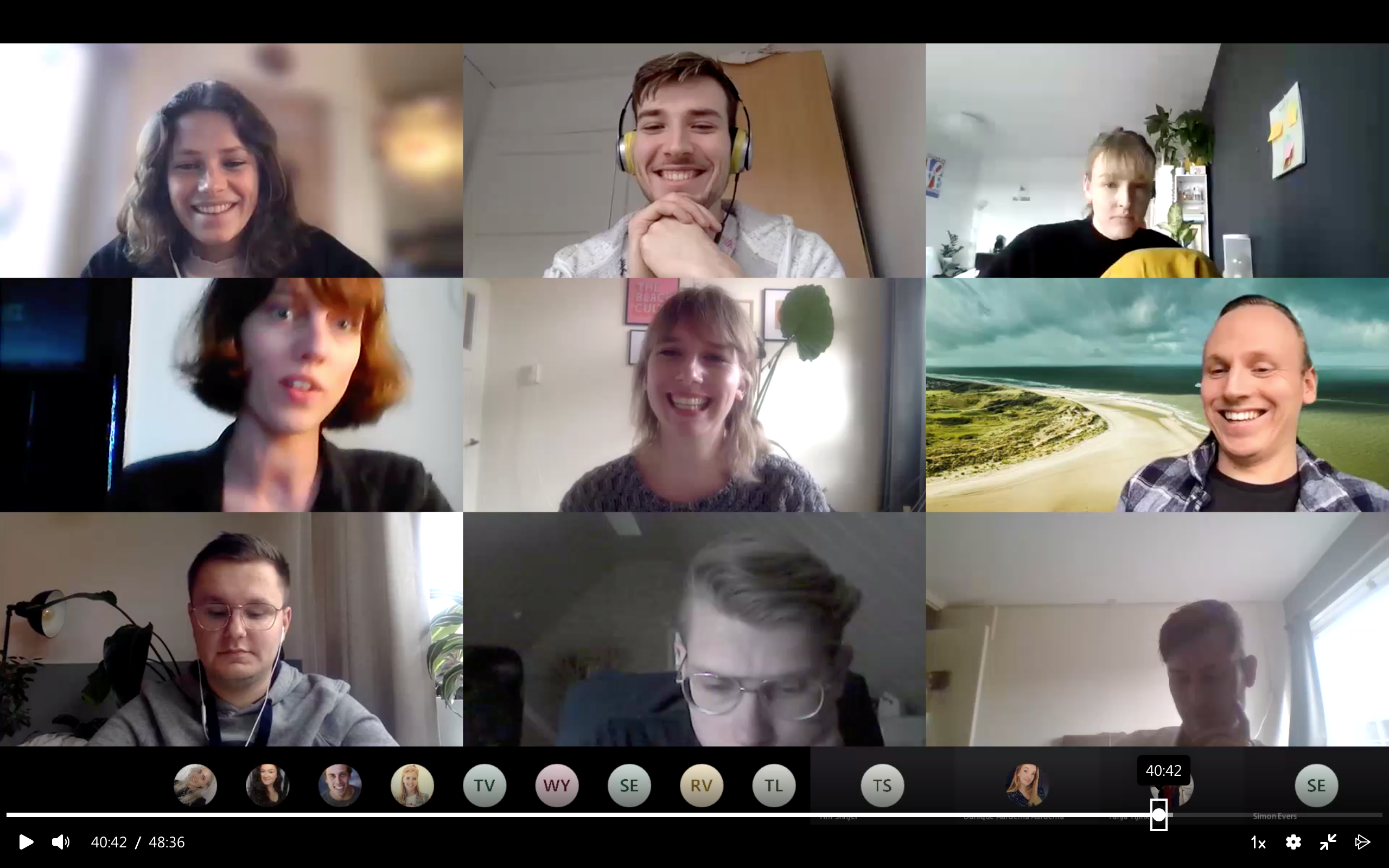 Online workshop by Marije and Aranka

What was the workshop about?

The workshop was all about experimenting on a festival and was separated into four parts. First, an introduction session about living labs and experimentation was given after which Aranka and Marije reflected on festivals as sites for experimentation and shared some previous experiences. Then the students had to get to work themselves and design their own (fictional) festival. Aranka and Marije asked the students the following question: if you had the chance to test your own prototype at a festival, what would the experiment look like?

The workshop was a concrete follow-up from the internal publication of the Festival Experimentation Guide, which is written by Marije and Aranka within the Interreg Inno Quarter project. The canvas, which is in part II of the guide, was used during the workshop. The things they used specifically are the following building blocks: Sustainable Change, Your Innovation, Your Objective, Your Challenge, Your Method, Your Guinea-pigs, Your Story and Your Data Collection. The students were inspired to get in their role during the role play using the information from the Deep Dives sections from the Festival Experimentation Guide.

Looking back at the workshop

The reactions of the students were really positive. The students said things like: ‘It was so nice, thanks for the inspiration’ and ‘it makes you so creative and you have such a different perspective at your ideas because you had to place it in a ‘festival context’. The workshop was an interactive and inspiring session where you learn to design an experiment in a creative way.

Do you want to learn more?

At the time of writing this article, the FEG is in print and is expected to be publicly available from June 2021 via de website www.feguide.eu and the Inno Quarter website. Interested to know more or get in contact with the Aranka and Marije? Contact us!